Why is My GE Electric Oven Not Heating Up?

Why is My GE Electric Oven Not Heating Up?

Sure, appliance malfunctions happen sometimes. But oven malfunctions that interfere with dinner are especially inconvenient. We’ll troubleshoot the parts responsible for a GE electric oven not heating up from a burned-out bake element to a blown thermal fuse.

GE Electric Oven Not Heating Up? Here’s How to Find the Glitch

Though we may not be baking cookies every day, no one wants their GE oven not baking properly when we want them. To save troubleshooting time, our list of reasons for a GE electric oven not heating pinpoints the most common parts responsible. Since baking opportunities may be few, nothing should stand in our way.

Bake Element is Burned Out

Is your GE oven not getting hot at all? If this is the case, a burned-out bake element could be to blame. The bake element is located at the bottom of the oven and provides heat for roasting and baking by receiving electric current. When the bake element is working properly it will glow red and provide a steady, even heat.

A bake element can burn out over time or when repeatedly exposed to high temperatures, specifically during an oven’s self-cleaning feature. You can avoid the self-clean cycle and potential damage to the bake element with these oven cleaning tips. 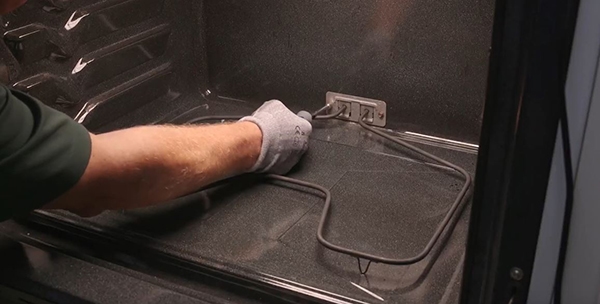 Broil Element is Burned Out

If the broil element is burned out, it must be replaced.

Oven Control Board is Faulty

Some oven models enable you to adjust the oven control board, recalibrating it higher or lower to better reflect the oven’s temperature. We suggest referring to your owner’s manual to determine how to use this feature for your oven.

An electric oven’s thermal fuse is a protective component that will trip if the oven’s internal temperature is too hot. As soon as the fuse blows, the power to the oven is cut off, forcing it to cool down. Sometimes the fuse will blow when exposed to the high temperatures of the oven’s self-cleaning cycle. In other instances, it can happen if the fuse is faulty.

The thermal fuse can be tested with a multimeter to determine continuity. If there is no continuity, the fuse should be replaced.

A-Tech Appliance Parts and Service can make sure your oven is ready and waiting when you need it. Whether it’s a GE electric oven not heating or another oven malfunction, we can help with any repair. 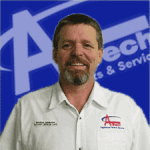 Don & Pete opened A-Tech Appliance Service in September 2000. Don's expertise is in residential appliance service, and he has been training Arkansas appliance technicians for over 2 decades. He also serves as a Board Member for the United Appliance Servicers Association and provides support to other appliance repair companies across North America eager to learn how to provide excellent service.